Last week Intel announced that they are finally introducing their "version" of OLPC dubbed the Classmate PC in India for a price of about 10,000 INR. Though as always I take the price tag with a pinch of salt because as always this price appears to be one what is subsidized and not the retail price (as in you can't buy this from a third party vendor or a distribution outlet, at least at the price which is quoted for).

Though it is made to appear that the goals of OLPC and Classmate PC to make available computing resources for those underprivileged to have an access to a full blown desktop or laptop available today are altruistic on the part of the parent sponsoring companies and rivals at the same time (AMD and Intel respectively), I see more selfish motives. Even though it is the OLPC foundation that is spearheading the development of OLPC, Intel sees it as a competition from AMD. In an attempt to make available the computing power to the next billion, the companies (AMD, Intel and Microsoft alike) only seem to be in a mood to capture the larger market share.

Classmate PC appears to me no different from the Mobilis developed by an Indian company called Encore Software Ltd. Both of these offer compact computing power within the form factor of a very light laptop computer. Even the OLPC project falls in the same category. The only difference that I see is the real hardware and the software combinations used. While Mobilis uses an Intel StrongARM processor with a commercial distribution of GNU/Linux called the MotaVista, Classmate PC uses an Intel Celeron-M processor and possibly Microsoft's $3 software (which is basically a cut down version of Windows and Office). OLPC on the other hand is developing their own version of Linux distribution derived from the Fedora project and uses an AMD processor. But I feel, that none of these "laptops" meant to basically address the larger issue of digital divide seems to serve the real purpose.

Firstly, the foremost criterion of bridging the digital divide is to break the price barrier of a computing device. Mobilis (and its earlier avatar of Simputer) when introduced was touted to be a sub 10K INR device; now it costs 20K INR + extra 2K if you need connectivity options. OLPC was supposed to be $100 device now that is already reached somewhere to $150 (or more?). I do not see a reason why Classmate PC will have the same problem.

Secondly, the basic idea of providing a portable computing device to bridge the digital divide at the cost that is substantially high is flawed. Yes 10K INR or $100 is very expensive for people who can't get even proper schooling, I am not counting the once who do not even manage to feed them properly as I feel that the the digital divide can only be broken in steps.

Thirdly, the idea of providing a portable computing device to a group of kids also seems to be flawed to me. When you have portable computing device, it becomes a personal object, you are tied to it, you start depending on it, you learn to use it and you customize it to your needs and taste. When such a device is used in a group it looses its sheer advantage and appeal. And I feel this is exactly the reason why the Simputer's target audience was a big mistake. You can't expect a PDA form factor device to be shared with the whole village community. You do not share a mobile phone, do you? You also do not share your laptop the same way!

Fourthly, who is responsible for repairing and supporting these devices. I see no indication on the part of the sponsors in this respect.

Lastly, I feel the refurbished PCs should also be considered as a means to bridge the digital device, rather than generating new e-waste.

All this seriously makes me think hard as to whether there is a better solution to this so-called problem of "digital divide"? Can this be achieved via a community activity and not like what currently appears to be largely spearheaded by big corporations eager to get market share in the next billion? Could the price of a decent personal computing device with connectivity options (which may require un-conventional way of designing these devices) be brought down to 1K INR (roughly $25)? (The mobile phone industry has already come up with such options with Reliance Infocom introducing 770INR (roughly $20) mobile phone in Indian market, of course the goal of phone is different (or is it?) but that is exactly the kind of pricing required of a computing device to make it accessible to the larger lot of us.) And finally as the target is a large mass of people (not millions, but well over a billion), how do we make these computing devices greener?

If you, like me feel that these questions be addressed for a better "digital world" of tomorrow, I would like to know your opinion. And possibly come up with a viable practical "first step" solution...

Email ThisBlogThis!Share to TwitterShare to FacebookShare to Pinterest
Labels: olpc

I am using the Windows Live Writer on Windows Vista to post this blog entry to my blog. This the first time I am using an offline editor to post the entries on this blog. Though I have used Google Docs to publish entries on this blog, I am starting to love this application from Microsoft as it seems to offer support to a wide range of Weblog services. The one greatest advantage of using Windows Live Writer is editing the blog in a completely offline mode and the post it when ever you get online. Windows Live Writer automatically adapts to the current theme that you are using (including the background images, fonts etc.) so writing on to the blog also gives a different experience :)

As an example of using MeTA Studio API's I have written up an applet to interactively select a grid for scalar field calculations using WebProp.

The code is available from:
http://tovganesh.googlepages.com/MeTApplet.tar.gz

But be warned! it not at all documented ;) .. but i guess its simple enough to understand ;)

To know what is WebProp visit http://chem.unipune.ernet.in/~tcg/webprop/
Posted by V. Ganesh at 4:58 AM No comments:

Playing around with MeTA Studio renderer and water electro static potential (ESP) yields some stunning pictures ... all of these are textured planes of ESP computed using WebProp: 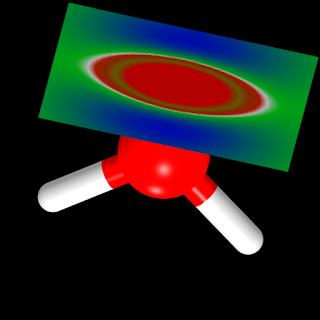 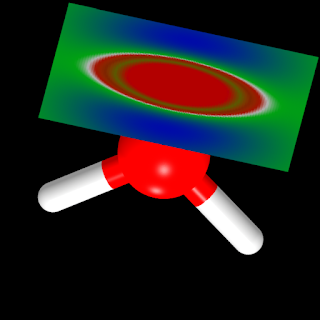 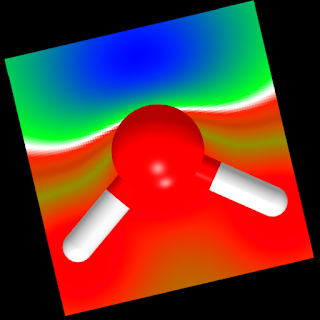 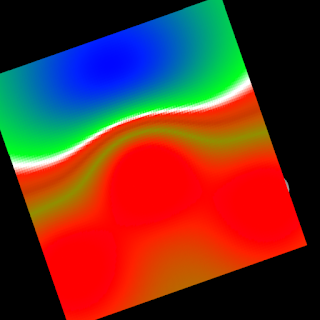 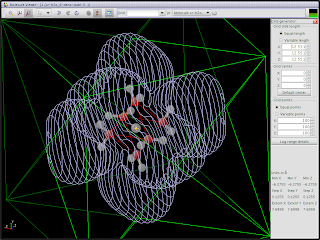 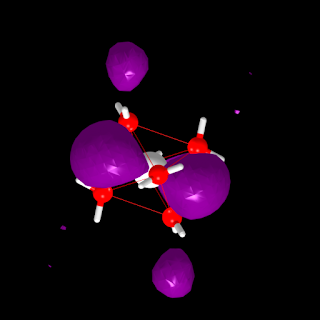 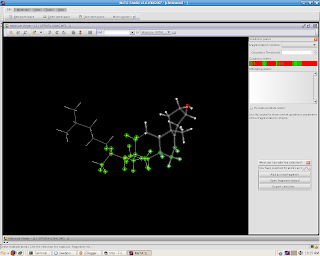 and watch the goodness as you fragment manually!
Posted by V. Ganesh at 9:35 PM No comments: