Was writing, writing and writing this week (don’t ask me what :( … ) , so though will take some break and put on some snaps … 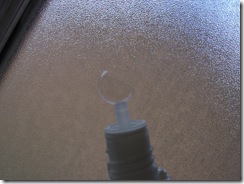 The bubble: does it appear to be cut through? 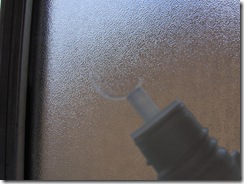 And what about this? Progressively becoming transparent ;-) Wonder if something like that could be used for making the “disappearing act” gadget. 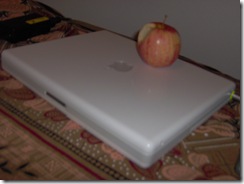 Well … am … the picture says as thousand words, they say!

Is the Indian media truthful to its task?

To me, proactive reporting came to India with Tehelka.com, though before that print media has been and still is constructively proactive in their reporting. Even in pre-independence era, people like Tilak and Agarkar have put in unprecedented effort and energy in upbringing of the thoughts of the fellow people, to fight for a better cause and a better tomorrow. But with Tehelka, the constructiveness in reporting has gradually wiped out. I feel most of the media reporting done today in India, especially on televisions, is nothing but hollow. It is missing a point. And a major one. In that, the media, reporting and journalism has an important role in bringing up the society, shaping their thoughts, and in longer run create a cohesive atmosphere for the nation to progress as a whole.

If the reporting is hollow, the news analysis is even worse and is becoming more and more dangerous of making up a public opinion and to some extent go so far and say that this public opinion is the law of the land! Well, it is not gone that far, but with what is happening on most of the current news channels, such a dangerous idea is not far to come into reality.

For these reasons, I have been particularly choosey about the newspapers and media I refer to.  For newspapers, it has always been Indian Express and The Hindu, and for electronic media, though not perfect, it has always been Doordarshan for Indian affairs and BBC world service for world affairs.

I had all these thoughts for a few months now, but when a friend of mine sent this Youtube video, I was literally shocked.

This is supposedly a news analysis program where Noted criminal lawyer Ram Jetmalani is being questioned as to why he is going against the “public opinion” of defending some one who “majority” of people “think” is a convict. Before I saw this video, I must say frankly that I didn’t have much respect for Ram Jetmalani, because of the kind of cases he handled. But the points he puts in have simply made me think high of him. He has a solid point. When it comes to justice and having the authority to say if the rule of the land is maintained, only the Indian courts must have the final say. Not the media, and not the public, for how much ever they think it is correct. The media should not be in a dangerous position to proclaim that they are the one who deliver justice. Their job is to bring the facts and show it in court, and not be court itself. They should not try to create a situation where every one begins to think that they are the only resort for final justice.

On the other hand it is the duty of every citizen to know the roles of institutions of democracy and the press (or the media), and be vigilant when there are conflicts, and make conscious decision for the greater interest of the society and nation.

(PS: Views expressed here are solely mine. I am not trying to give any advice here.)

A few days ago Samsung India launched world's first mobile phone that could also be power via solar power (see the report on The Hindu). At first take this is good news. I had always wanted this, and it is good to know that a leading company is perusing it and that too in a low end market... The mobile will cost below 3000 INR, which is less costly but obviously far from being the cheapest mobile phones available. If they could really make it cheap, it will sell, for sure.

If we peel of the "worlds first" marketing phrase and come down to actual product specs and its availability, it really does not appear to be that great, though it is definitely a first step. Apparently this is currently only available in Indian market, I wonder why not Oz too, as there is heavy promotion of using solar and alternative sources of energy here as is in India. The only issue I see is, while back in India its more of a necessity to have solar power, in Oz it is more of an option. Another drawback is the specs itself: to get a talk time of 5-10 mins you would need to recharge under sun for one full hour, and to get it fully charged you need 40 hrs of sunlight! This is quite ridiculous. Apart from the fact that you will never have 40 hours of sunlight at a stretch (which means you can never completely rely on solar power), in most cases you would need to make a call when your battery is almost dead .. to wait 1 hr to make that important call is something that does not cut in as a selling point!

But even so, I just like this idea and unit. If they introduce it in Oz market, I will most likely grab it and use it as a secondary backup cell phone to my E51.

I just hope, that there are more innovative products in this space. I also wonder if one day we can have a solar powered Simputer with 3G access, that would be the day when I can conveniently kiss a good bye to my netbook ...

(PS: I was unable to find the actual product specs from Samsung India website: http://www.samsung.com/in/. Views above are based on reports in the media about the specs of Samsung Guru 1107)
Posted by V. Ganesh at 10:39 PM 1 comment: