Ban! Pretty much an un-Gandhian way 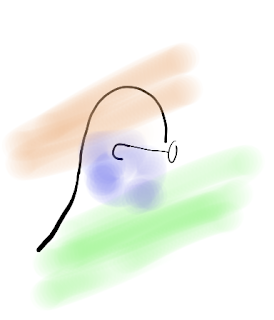 It seems here in India, there is a fad, to BAN.

Recently, many state governments banned a book on Gandhi, proclaiming that it has insulting statements on the father of our nation. The Law ministry is even considering changing the law to make such statements a crime! The bureaucrats and politicians who even think of doing this of course don't seem to have an iota of idea what Gandhiji represented.

When I started writing this post, I thought how can anyone even think of such absurd idea a 'ban'. Let's be quite clear: we are a democratic and intellectual society where the word 'ban' and an associated 'authoritarian' behavior of the people in power has absolutely no place. You can never enforce respect towards a person or a nation or a place, it has to come from within. That is but human mind.

I was quite relived to see that I was not alone to have similar feelings, descendants of Gandhi seem to have much more sense towards what to say, than our learned bureaucrats and government.

My only thoughts at the end of this post: I wish, if the respected law ministry were as sensitive to more real issues like that of Dr. Binayak Sen (http://www.binayaksen.net/) than going down the un-Gandhian way of protecting Gandhiji himself, Bharat would be a far better place to live in!

Note: Any view expressed here are solely my personal views, and have nothing to do with my employer or organizations I am associated with.
Posted by V. Ganesh at 9:43 AM