Samsung Gear S : Almost everything I need from a smart watch

Samsung just announced Gear S (based on Tizen OS, not the Android Wear - which I consider to be merely a glorified notification center), and the specs are almost what I would want out of a smart watch (see here: http://www.samsungmobilepress.com/unpacked2014ep2/#wearable/spec/GearS). Further it can be used without a phone, which is added benefit. The only issue I see is the battery. Although suggested battery life is 2 days, I am not very sure how practical is that in daily usage.

Next up: What is in store for September 9?

Some time ago I was wondering if there could be a 'simplified universal remote, with a child mode function'. I don't think I have seen such a product in the market. So I went out with my usual powerpoint and came up with the following (putting it under CC license so if you would like to build one I would be happy to see it) .. 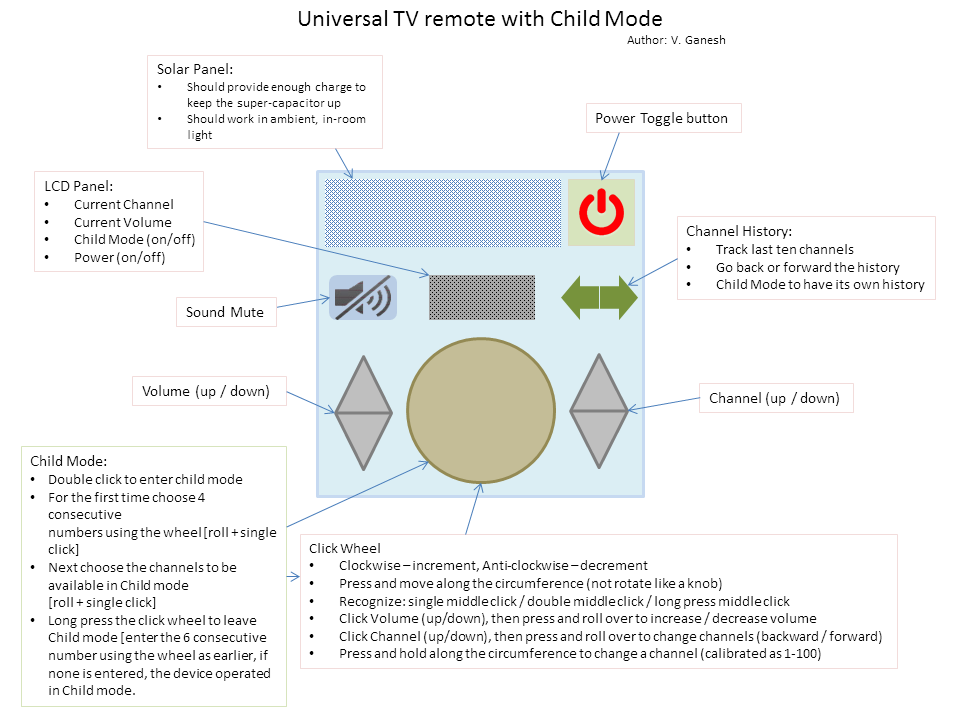 Opinion: A reminder on why using closed systems is bad

I use a lot of closed systems. In fact, I rely on many of them. To name a few Skype, Windows and now an iPhone. I also use a lot of opensource (including developing my own opensource projects). With open systems (as in with availability of source code), you are always in control and not at the mercy of the initial company that developed it.

So when I heard of Skype discontinuing support for WP7 devices (https://support.skype.com/en/faq/FA34489/is-skype-for-windows-phone-7-being-discontinued), it was a reminder how bad this could turn up to be. I had been using a Lumia 800 device for quite some time and actually had no plans to switch until Septemeber, when the official support for WP7 ended. But I switched to another closed system, and iPhone because of a number of reasons: primary one being I just wanted the device to work for me without me tinkering a lot. This is the same reason I use Windows on my home machine. I just have no time to do the tweaking required for open systems to work for me always. But this comes with one major issue such as the one exhibited by the dropping of Skype  on WP7. When I bought into WP7 from Nokia (as they never released the N9 in India), I was quite aware that I was going into a totally closed system, but just ignored it. Lumia 800, started its life without Skype, it came a few months after wards, and now even if the device is in great shape, Skype is altogether dropping support for the device.
I presume that about 2 years down the lane it will be the same issue with my current iPhone: Apple will drop support and force me to upgrade to a new device, even if the device may be in good shape.

That brings me to other question: should I switch to more open systems like Jolla? Probably I should, but then I won't be able to do a tonnes of things that I so easily accomplish on my current iPhone. There is probably a fine balance between open and closed systems. One can't probably choose completely over the other. What is probably still in your hands is that you still have complete control over the data that you store in these devices.