A week with Apple Watch

So, here I am. After avoiding to get a watch in the first place, I recently bought an Apple Watch (Series 1) for myself. I didn't go for Series 3 because I am not really a swimmer or runner and the Series 3 doesn't actually offer substantially more in terms of features against the price difference. With the difference in price, you can actually purchase AirPods as well.

In 2013, months before Apple released their first Watch model - I had written a post stating why calls, text and tweets won't define a smartwatch (see. It is not calls, text and tweet that would make a smartwatch) - which I am pleased that I wrote - and I am so right in every aspect of what I wrote there. Apple with its Watch, initially had a mis-step. It tried to position itself as a luxury watch maker, failed, and quickly pivoted its strategy to what a wearable watch truly made sense: tell time, track fitness, have a quick way to call up digital assistant, and 3rd party apps to extend the functions not in the core system.  When I see the Siri watch face on my watch - I can't help but pat myself of how close is this interaction model to what I described in the article above :) 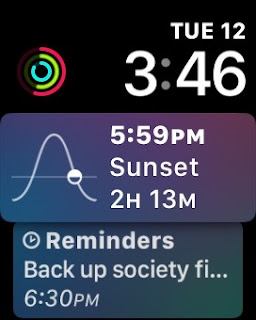 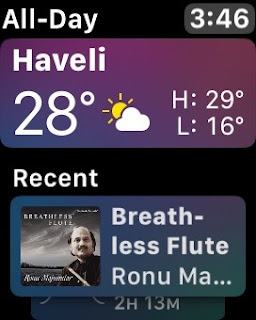 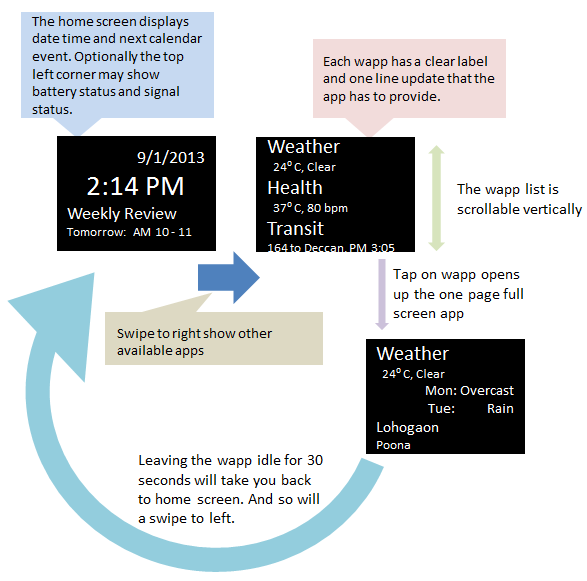 The interaction model that I proposed and the Siri Watch face have so much in common (see http://tovganesh.blogspot.in/2013/09/it-is-not-calls-text-and-tweet-that.html). 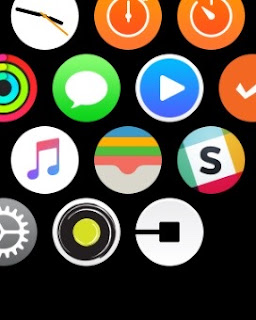 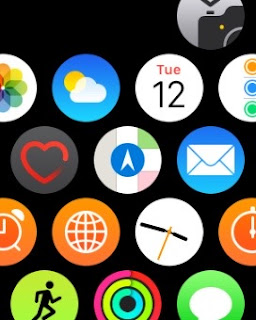 Third party apps are there, but are still a long way to go.

There is still a lot to improve until we really have a wearable computer that doesn't look like a piece of brick, and one whose battery lasts for at least a full day of heavy use. The Series 3 with LTE is definitely not that one device as Joanna from WSJ notes in her review of the latest iteration of the watch that I didn't get (https://www.wsj.com/articles/apple-watch-series-3-review-untethered-and-unreliable-1505905203).

For one thing is sure, smartwatches are here to stay. It is only to be seen if they take as much time as smartphones to evolve or would we see substantial breakthroughs in a much shorter period.