Some frauds happen in a matter of minutes, before you could intervene - even if you are physically present with the victim and are passively listening to what is going on. This is one of them.

Essentially, we were trying to book a hotel in Kolhapur. I am not so much into booking by directly calling the hotel - I generally use either Oyo or other hotel booking site. But my cousin wanted to book by Googling and directly calling the hotel. So I became passive to the discussion. By the time I entered actively in discussion - something had already clicked me that a fraud is in work - the guy on the other end was asking to punch in "12999" as the merchant code in place on amount and provide UPI pin - thankfully that transaction didn't happen and I could intervene and stop.

But before that already 1500 had be transferred to the fraudsters account as the "booking amount".

So here is how the fraudster (or probably a gang of fraudsters) worked.

They post google review picture with morphed image that has a phone number: 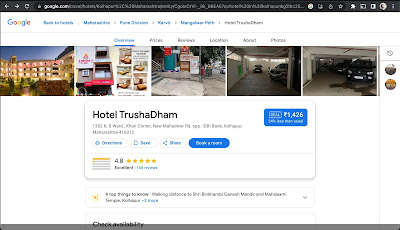 That fraud image is usually the first in the listing of the hotel. For instance this hotel in Kolhapur (TrushanDham) is actually a good hotel, but the google review from the users is hijacked by the fraudster.  The first image is this: 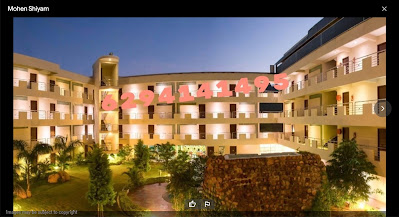 Obviously a morphed image with phone number. Now for me, this would immediately ring alarm - but for some reason, it didn't for my cousin. My cousin called this number (this wasn't the one on the day of the fraud - apparently this keeps changing) - and the other person sent a UPI QR code - under a personal name - another red flag, but again for some reason got ignored, before 1.5 k was transferred to the fraudster. Another real red flag was - he was giving free breakfast and lunch - impossible in any budget hotel. Any how, if you look into the profile of this person who posted this picture, you would see that this person has listed himself in multiple other hotel - so this is probably handled by a gang of fraudsters: 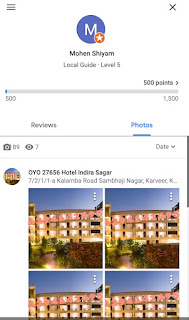 If you report this profile (I have reported multiple profiles like this), some new profile will appear again.

I have reported this fraud on https://cybercrime.gov.in/ (you should too if you come across any such). I am not sure how to contact Google to notify it about this fraud. But hoping that the cyber crime investigations can be made to on-cover this obvious fraud.

I also plan to volunteer at https://cybercrime.gov.in/ as I really feel the need for it for a safer digital society.
Posted by V. Ganesh at 9:08 AM No comments: